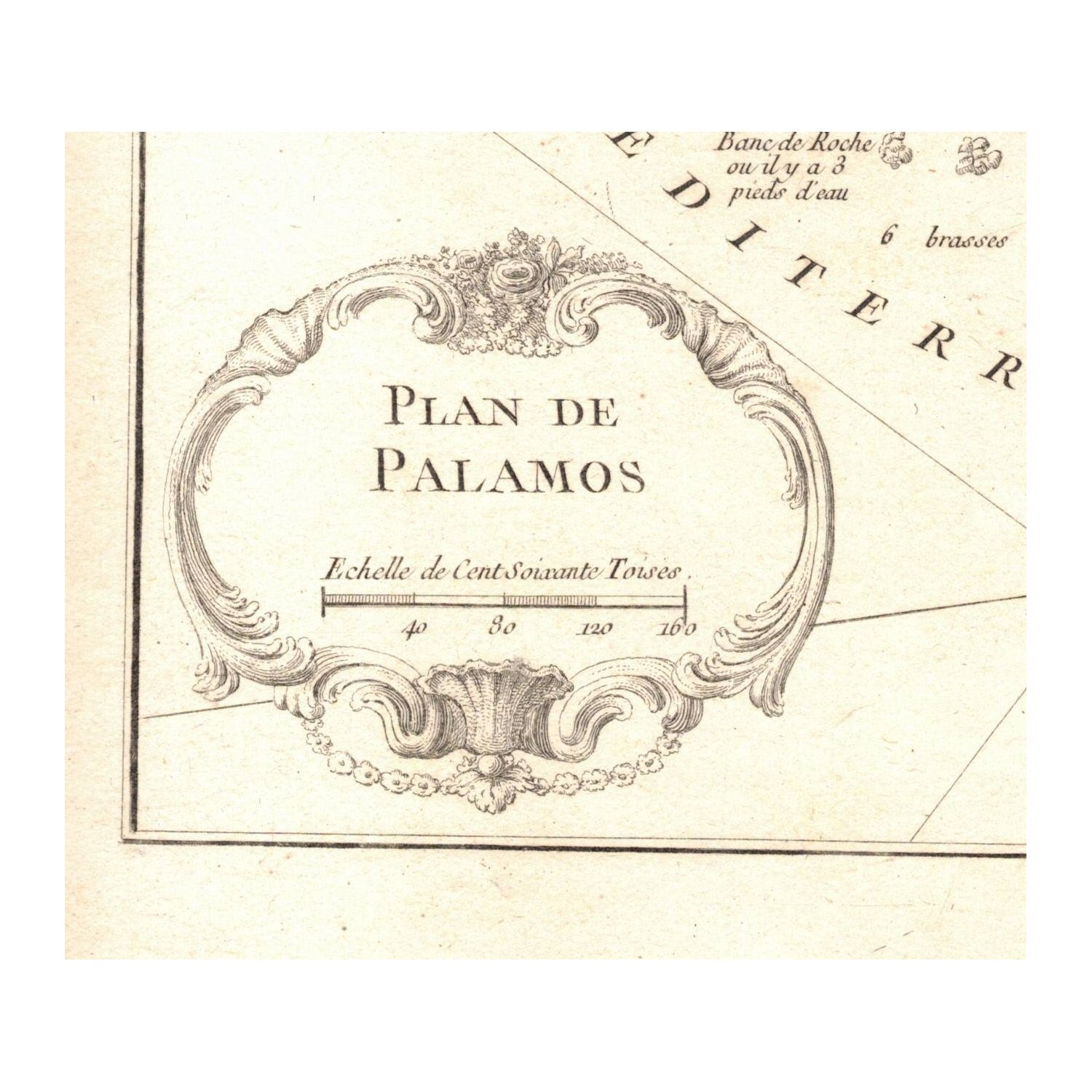 Original print by Jacques Nicolas Bellin, map of the city of Palamos, second half of the 1700s